Exploring the village of Saint-Jean-de-Fos.

Saint-Jean-de-Fos :The strong traditions of the potters village

Saint-Jean-de-Fos owes its development to its proximity with the Devil’s Bridge, built between 1028 and 1031, which has a
highly strategic position along the road to Montpeyroux. Ceramic production in Saint-Jean-de-Fos was first recorded
in the 15th century, reaching its height at the beginning of the 19th century. The craft was passed on from father to son
through generations of potters. Today, village life is still shaped by the rhythm of its traditions. The village is atypical, and the
simplicity of the limestone is studded here and there with touches of green ceramic in the colours of hope … 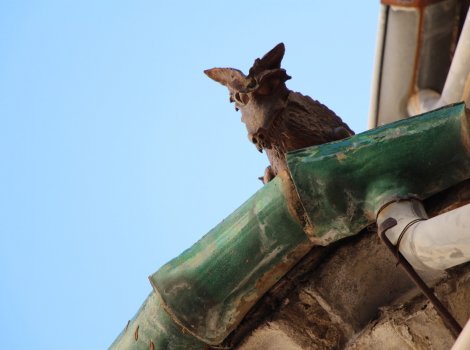 In Saint-Jean-de-Fos, they say that despite the precautions they took to get rid of the Devil (cf. the legend of the Bridge), the latter, always disguised as a goat, kept pestering the population of Saint-Jean-de-Fos, often attacking its church. One day, the village priest decided to lie in ambush for him in order to spray him with holy water. But the latter, so excited about getting rid of the Devil, died in the battle and was carried away on the animal’s horns. The villagers armed themselves with lances and chased the “picart” shouting “pica lou ! pica lou!” (prick him, prick him!). The beast, weakened by the holy water and the blows from the lances had no option but to run away and return to the “black chasm” in the very spot where Guilhem had thrown him the first time.